I’ve photographed it once, there isn’t any point in going back is there?

I’ve been going through my photographs from this past year searching for my favorites and I’ve learned a lot about my photographic habits (both good and bad) while doing this.  I’ve also found some interesting series of images that got me thinking (again) about the value of photographing close to home. I’ve written about it before (and probably will again) and so have many other much better photographers than me.  Simply put, it pays to know the local area around you and no matter where you live, you will probably be surprised at the photographic opportunities in your local area.

Ok, being familiar with an area helps know what to shoot when and how the light may look at a particular time of year, etc. but doesn’t it get boring shooting the same locations? Once you photograph everything in different seasons isn’t that about it?  Doesn’t it look the same after awhile?  Actually, no, no, and no.

To be honest, sometimes photographing an area I’ve been to before does get to feel routine, but I think on those occasions the problem isn’t with the location…it is with me.  There is almost always something unique and beautiful to photograph at any location, sometimes I’m just not open to ‘seeing’ it.

Before I go any farther with this post, let me make clear that by “location” I don’t mean a large geographic area like the “Flint Hills”, I’m talking about  a relatively specific location, like Pillsbury Crossing, or the area around the intersection of Deep Creek Road and Old K18.  Which brings me to the specifics of this post.

While digging through my photographs from the past year I noticed that I had been in the “Deep Creek Road – Old K18” area the morning of November 6th, the evening of November 7th, the night of November 19th, and the evening of the 21st.  How different could my photographs be from these various trips out to this area.  To be sure, they span a range of different light conditions from pre-sunrise to sunset to the middle of the night.  But I think that brings out an interesting point.  Tired of photographing familiar locations around you? You may have been out at different seasons, but different times of day? What about unusual times of day (like the middle of the night?). 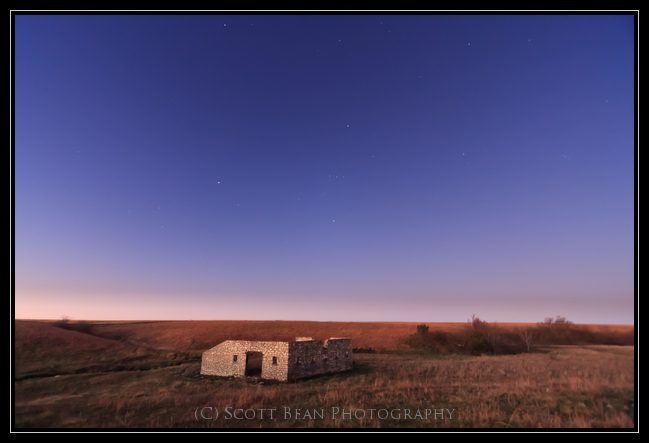 The first photograph in this post (above) was made early in the morning before the sun was up.  A moderate exposure of 5 sec at ISO 1600 recorded the stars that were still out and began to show light on the building and the landscape. 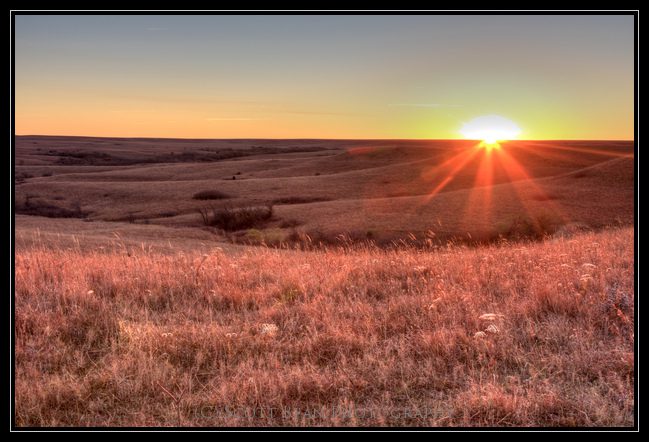 This second photograph was made about 30 minutes later than the first one and facing the other side of the road.

My next trip out to this area was the following evening to catch a sunset.  The panorama above was taken of the same old building as the first pre-sunrise photograph was.  Does the light look the same? Of course not, it is a completely different time of day.  But I hope it helps make a point.  Conditions will always be different (even if only a little) whenever you revisit a location. The photograph above was made shortly after the previous panorama and just around the corner on Old K18.  The light had changed tremendously in only a few minutes (and was gone almost as fast). 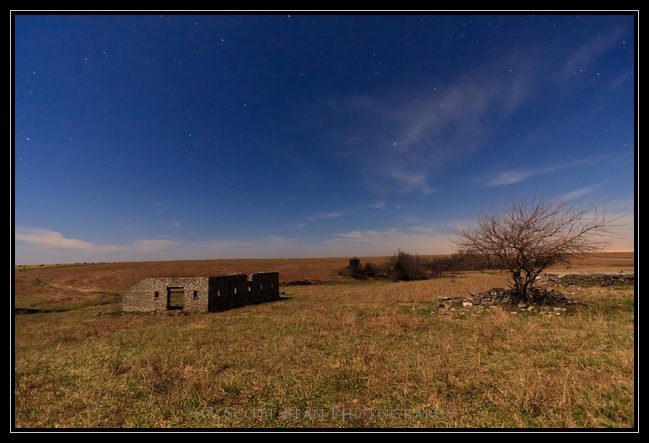 This next photograph was from a few about 2 weeks later and was made well after dark, but during a full moon.  By being there with the moon up in the sky, the relatively long exposure (30 seconds) lit up the building and the landscape.  This was one of my first serious attempts at moonlight photography and I was pleasantly surprised with the results.  Again, same location, but very different light…and thus a whole new experience… and a brand new subject to photograph. 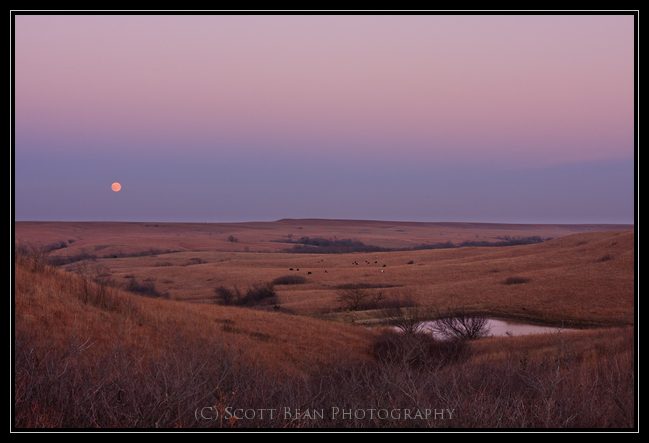 And there it is

This last photograph was made the following evening from the night shoot.  I went back to the same area to photograph the full moon rising along Deep Creek Road, not far from where I was photographing the barn at night lit by this same moon.  Same basic location, different light, different time of day, but a brand new subject.  And yes I have photographed the moon rise along Deep Creek Road before and probably will again.  They never are going to be exactly the same.  I’m sure I will have days where I feel like I’m in a rut or that I’m not open to ‘seeing’ what is truly new out in front of me.  If those feelings become routine and I can’t see the beauty and the uniqueness in front of me no matter how many times I’ve been in a particular location before that is when I hang up my camera.

Don’t underestimate the value of photographing a location you know well and most importantly, keeping yourself open to truly seeing what is unique about it each and every time you visit.  Don’t take any location for granted.