The moon, the wind, and working with what you are given. 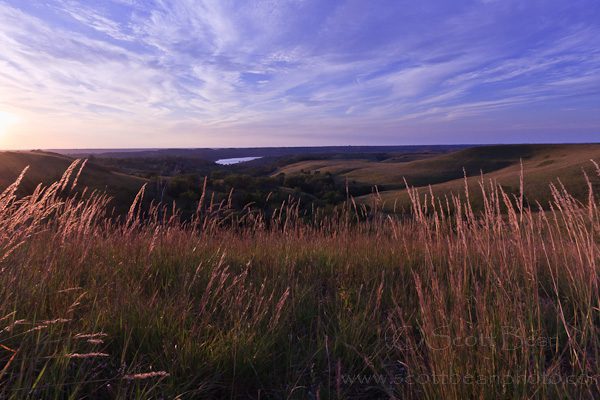 Earlier this week I was out to photograph the moonrise (which was the “harvest moon” on the 23rd).  I headed out to Wildflower Road near the Carnahan Creek area which is a great spot to photograph the moonrise. While waiting for the moon to show up I did a bit of scouting and I was able to get the above photograph.  The sky had some very interesting clouds and it looked like there was going to be a good sunset.  There are several wildflowers blooming right now and the grasses and sumac are starting to show their fall colors; lots of good stuff for sunset photographs.  However, the wind was blowing around 20mph…too strong for photographing wildflowers/grasses in the late evening light without getting a lot of motion blur.   What to do?  After scouting around for a bit, I was able to find some wildflowers growing very low to the ground that were not being blown around by the wind. 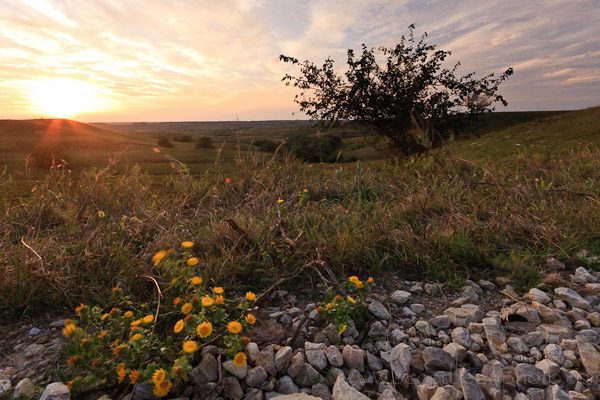 I had originally planned to try and photograph the moon rising behind some of the wildflowers that are blooming right now, but with the wind we had that night, that just wasn’t going to happen. 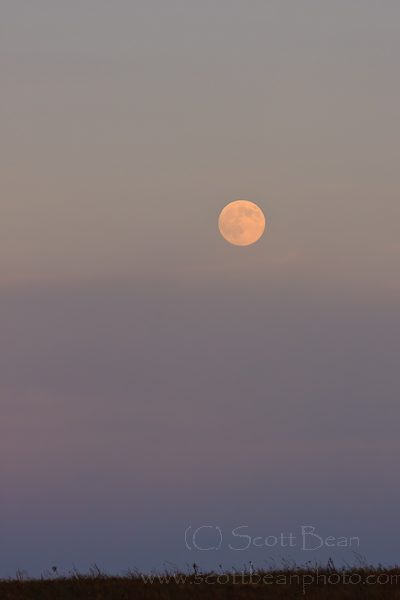 So I “settled” for the above photograph of the moon with only a bit of foreground showing. No need to worry about the wind in this shot.

The sunset was looking better and better at this point, but I was rapidly losing light, which made working in the windy conditions even more difficult. Again what to do? I needed some subjects that wouldn’t be bothered by the wind and lucky for me, just down the road was the Carnahan Creek Park on Tuttle Creek Lake.  The shoreline of Tuttle is very rocky…just the sort of subject that isn’t going to be bothered by the wind. 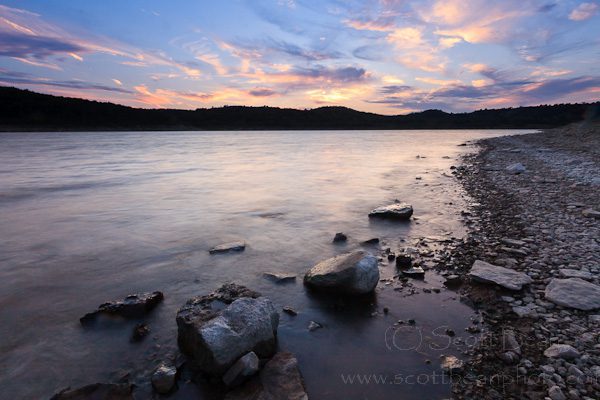 I was able to get to Carnahan and get several photographs of the last of the sunset.  The rocks weren’t blowing in the wind so I didn’t have to worry about motion blur there (if the rocks started moving in the wind, I had other problems to worry about!).  I needed a lot of depth of field in this shot, which meant a large f-stop and correspondingly long shutter speeds, especially in this low light. This worked in my favor by recording the lake as relatively smooth in these photographs.  If I was going to do these shots over, I would have used a neutral density filter to reduce the shutter speed even longer to get a smoother lake surface. 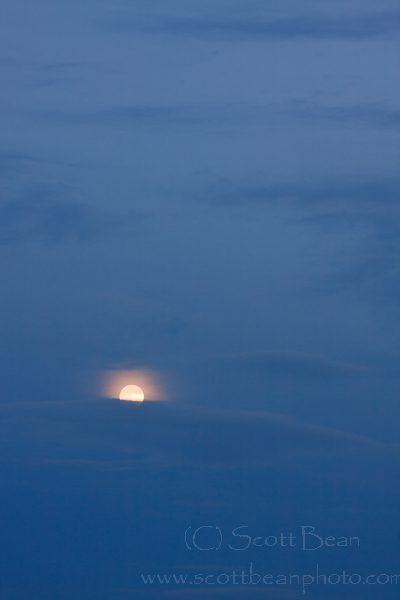 As I was leaving, I noticed the moon passing behind some clouds in the sky so I stopped for some last shots of the moon.  This is not normally the type of moon photograph I would take, but I like how this turned out.  All in all, this was another beautiful evening to be out.  The wind wasn’t ideal, but with nature you have to just work with the conditions you are given.  I could have just gone home and complained about the wind, but I was glad that I found some alternatives to work with (and I’m sure my wife is too, she would have been the one that had to listen to me complain!).