Time for the next installment of “road trip” updates.  After photographing around the Clark County Lake and the Big Basin area, Dad and I drove north up to Scott City to photograph around the Scott Lake and some of the unique limestone rock formations in that part of the state.  This is another part of the state that has really unique landscapes.  And yes, if you want to see some of “flat” Kansas, you can also do that in the area! 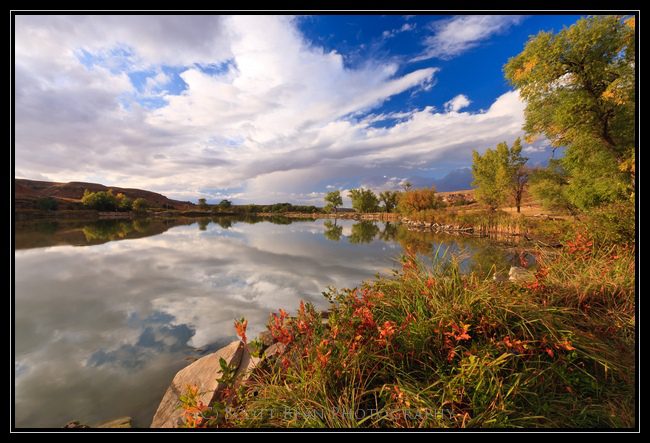 I was born in Scott City and lived there until I was 8 and I know I spent some time fishing at the Scott Lake.   However, I don’t remember that very well at all so it was a good surprise for me to return to the area for some photography. I wasn’t disappointed.  The lake was beautiful, it was a fairly still day and the clouds were reflecting in the water nicely.  Fall colors were just starting to show up on the trees.  I was able to use a circular polarizer in most of the photographs I made in this area to really bring the sky and the clouds out. 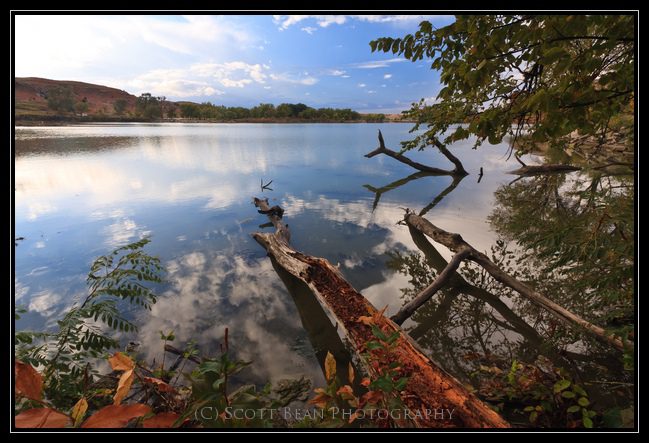 There were plenty of places to walk around the lake and I was able to find some interesting foreground objects to photograph with the lake. I really liked the color and textures of the branches in the photograph above.  I selected this composition because I liked how the branches pointed into the scene and right at the hill in the background. 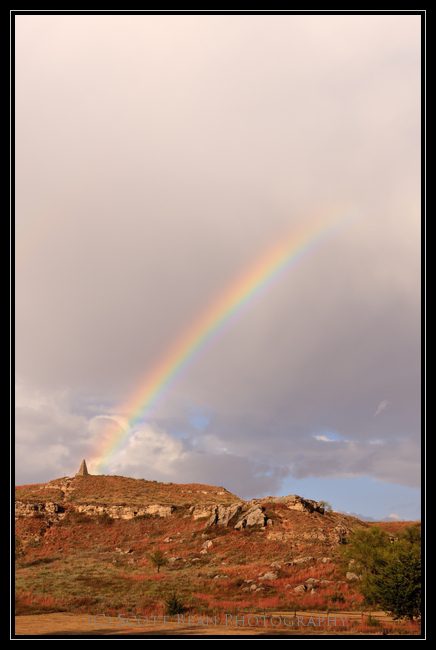 We arrived at the lake right at the end of a rain and even had a rainbow to photograph for awhile.   I used my circular polarizer here as well and it helped to make the rainbow standout against the clouds better.  Using a polarizer while photographing a rainbow can be tricky though, too much and you can make the rainbow almost disappear sometimes. 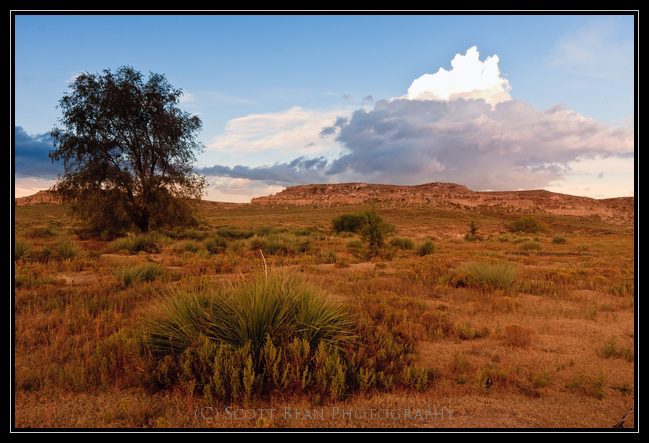 The landscapes around the lake were really interesting as well.  I was fascinated by the area around the north end of the lake.  Looked a bit like landscapes from western movies, I can’t wait to get back to this area to make some more photographs.We had plans to photograph the milkyway rising over some of the limestone rock formations in the area, but the clouds never did clear up that night.  I’ll have to save that for the next trip out. 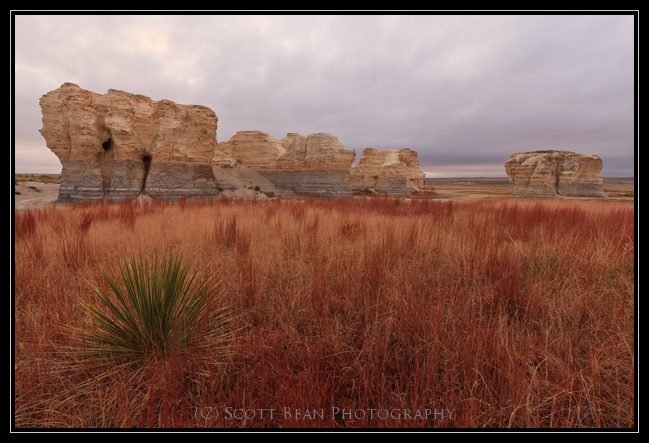 The next morning my Dad and I went to photograph the Little Pyramids (or Chalk Pyramids) north of the lake.  These rock formations don’t seem to be as well known (or photographed) as Castle Rock and Monument Rock.  I couldn’t remember ever being to these rock particular formations either so they made a good choice for our sunrise shooting location.  The colors in the grasses around the rock formations were really beautiful thanks to the soft overcast light we had.  There were numerous yucca in the area which also made for interesting subjects to photograph mixed in among the grasses.  With the clouds the way they were, I probably could have stayed here and photographed all morning.    The drive back into Scott Lake was really pretty as well and both my Dad and I noted several places that would be fun to photograph. Definitely a place I will return to. 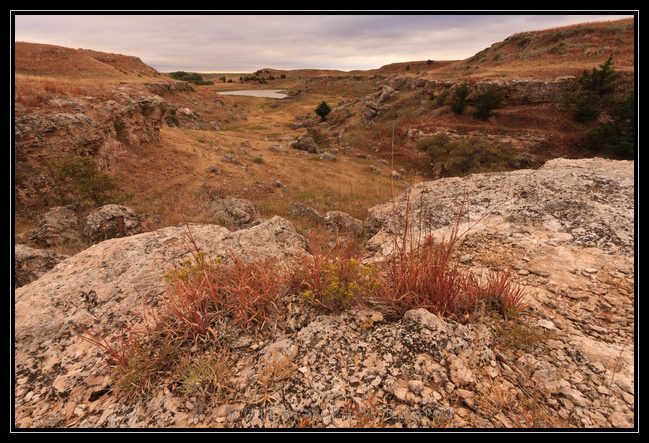 Before we left the area to start the trip home, we drove around the lake one last time and on our way out we stopped at Battle Canyon where the battle of Punished Woman Fork was fought (also sometimes called the Battle of Squaw’s Den Cave).  This is the site of the last Indian Battle in Kansas and was fought between soldiers from Fort Dodge and members of the Northern Cheyenne who had left their reservation in Oklahoma to return to their former homes.  This is a place I would really like to photograph again after learning about the history of the location.

After photographing Battle Canyon, we headed east for the drive home.  We had a couple of stops to make on the way….stay tuned for the last blog covering this road trip.