Photographing the Milky Way and the Perseid Meteor Shower. 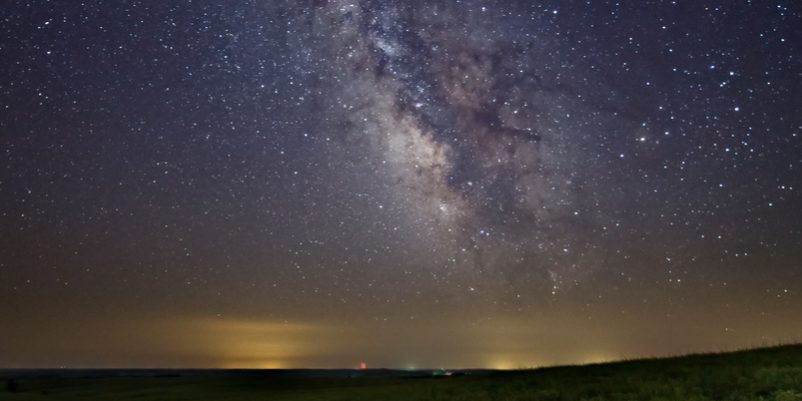 The first night I was able to make it out was the night before the predicted peak of the meteor shower, but it turned out to be a pretty good night (I didn’t know it at the time, but going out early may increase your chances of seeing really big, bright meteors). I met a couple of friends under some decently dark skies near Manhattan, Kansas…maybe not an ideal location due to light coming off Manhattan and Junction City, but close to home and good enough to enjoy some time under the stars. 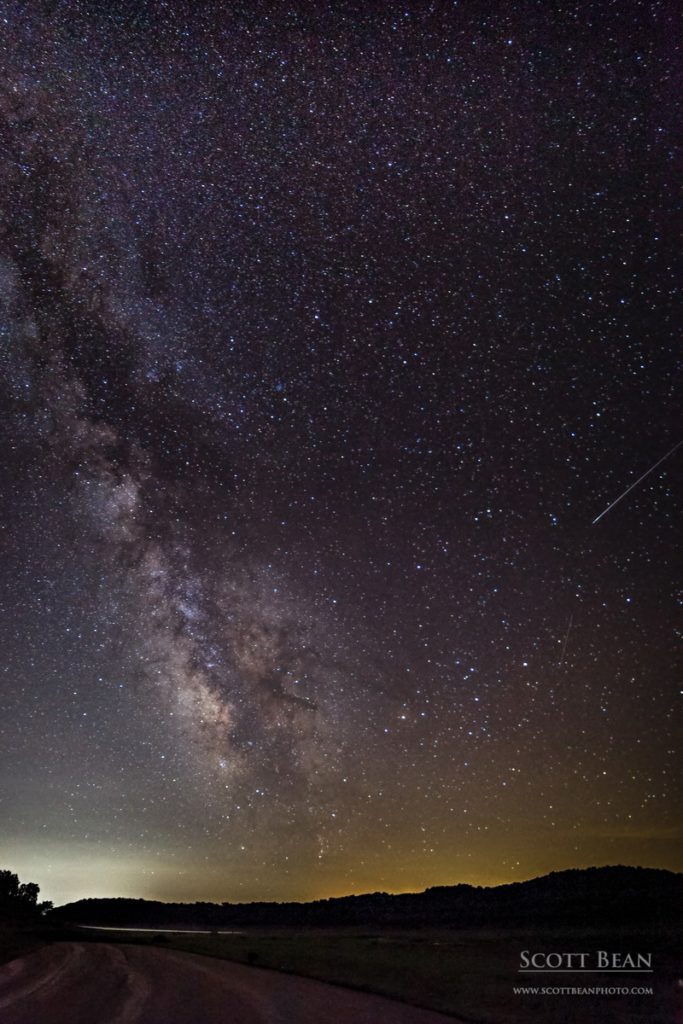 The photo above was probably my favorite meteor image that I came home with. This photo was made early in the evening and was one of my first exposures. I had originally planned to set up and photograph towards the radiant of the Perseids all night, but couldn’t resist photographing the Milky Way. Luckily for me, a meteor came streaking into my exposure at the right moment. 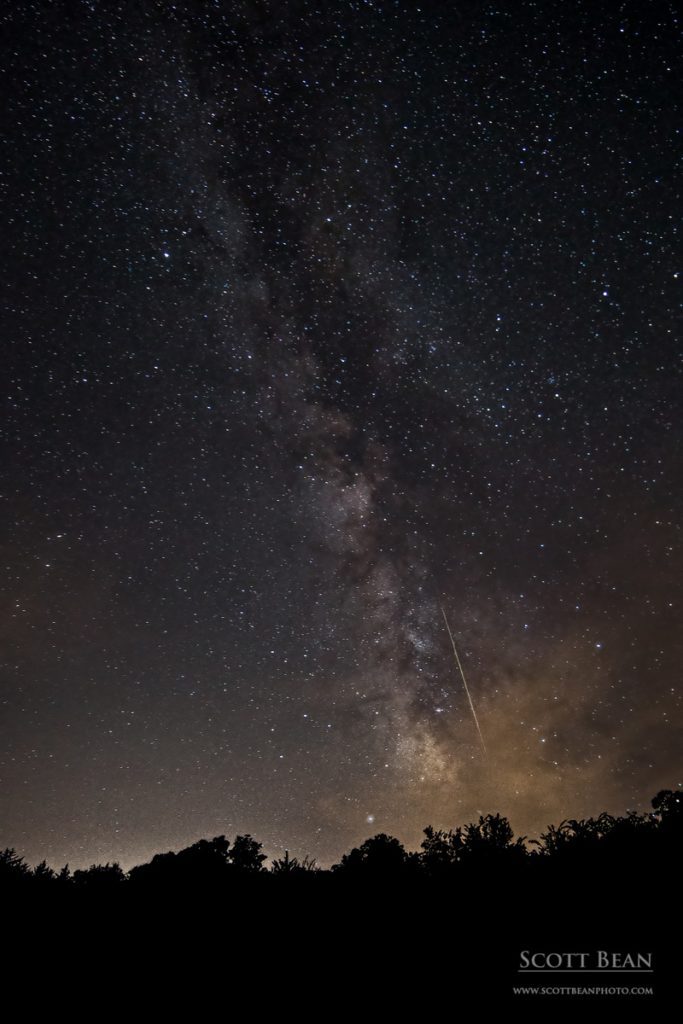 Through The Milky Way

I ended up with a handful of photos with meteors in them, but most were small and barely noticeable. This photo of a meteor streaking down the Milky Way was probably the most impressive meteor I was able to photograph. It seems like every time I saw a really big bright meteor my camera was pointing the other way. Ultimately that didn’t really matter too much though despite some grumbling from me at the time. It was a great experience just to be out there and see the meteors. 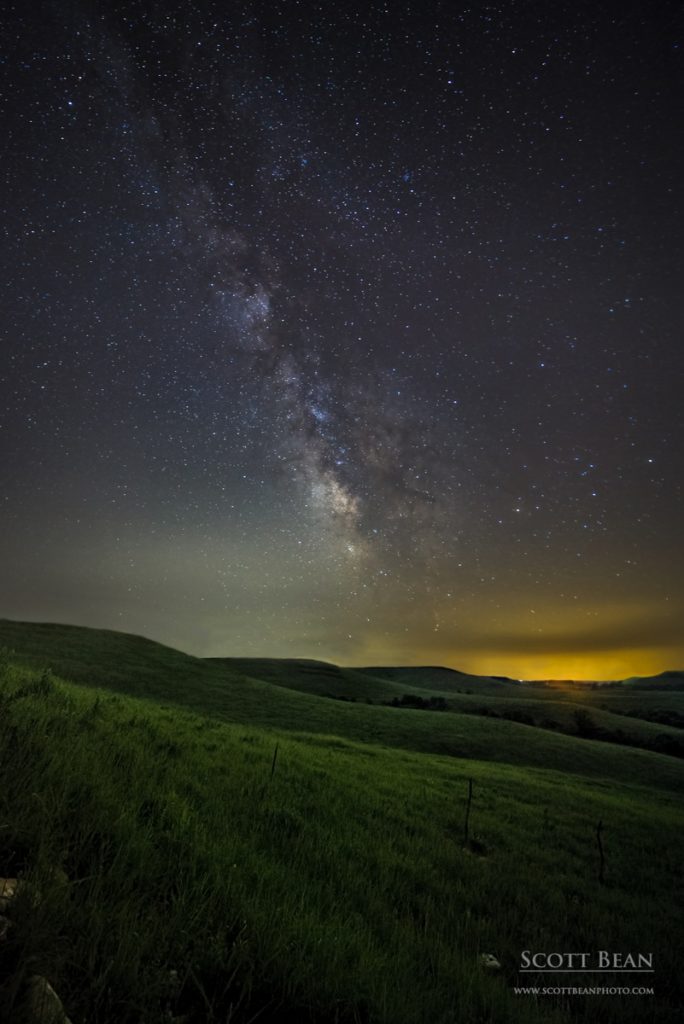 The Milky Way and the Flint Hills

I missed the following night which was the peak of the Perseid shower, but I did make it back out several other nights to photograph the Milky Way. In the past I’ve played around with using a flash light to light up the foreground of my Milky Way photos. Occasionally that has worked okay for me, but often I get too much light and the foreground is too harsh. For this photo, I made a 3 minute exposure (14 mm, ISO 2000) to light the foreground. Three minutes is too long to keep the stars sharp though, so for the sky I shot three 30 second exposures at ISO 2000 (also at 14mm) and stacked them together to reduce noise in the photo. The stacked sky photo was then combined with the long exposure for the foreground. On  this night I was out again north of Manhattan and was shooting back towards the lights from town and I had to keep my ISO lower than I normally would use due to the city lights on the horizon. I really liked how the unique shapes of the Flint Hills appeared in this photo though. 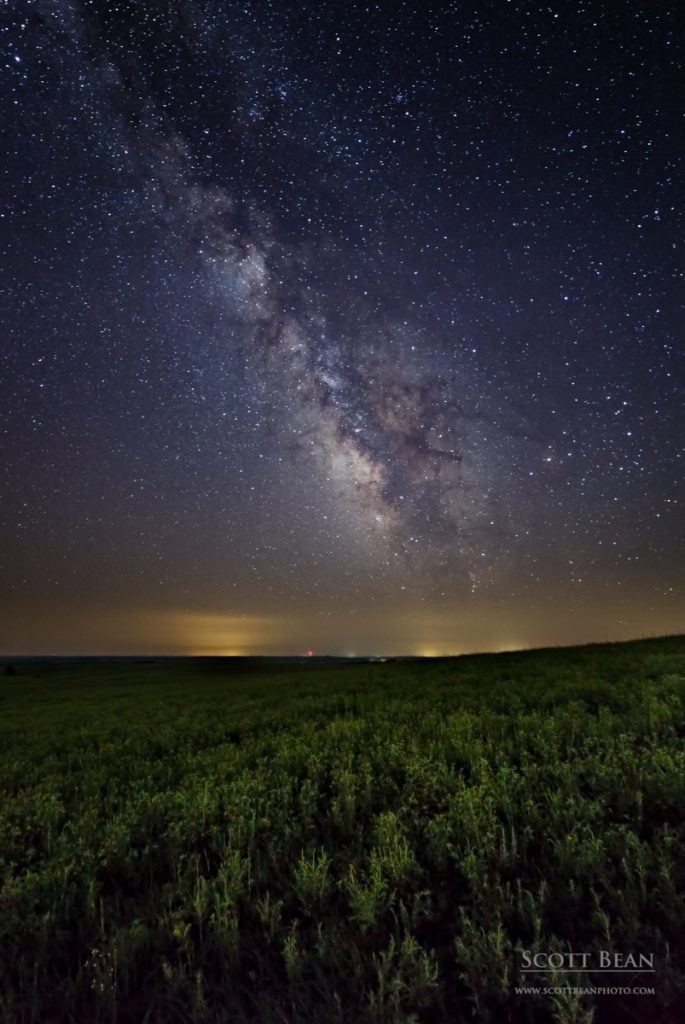 Prairie Under the Stars

I wanted to try this technique again under better conditions, so later in the week I headed south of Manhattan in Wabaunsee County. Since I was shooting to the south I was pointed away from the light coming off Manhattan and Junction City. Again I used a 3 minute exposure at ISO 2500 (14mm) for the foreground. For the sky I made four 30 second exposures at ISO 5000 (14mm) and stacked them together. The sky and longer exposure for the foreground were then combined. 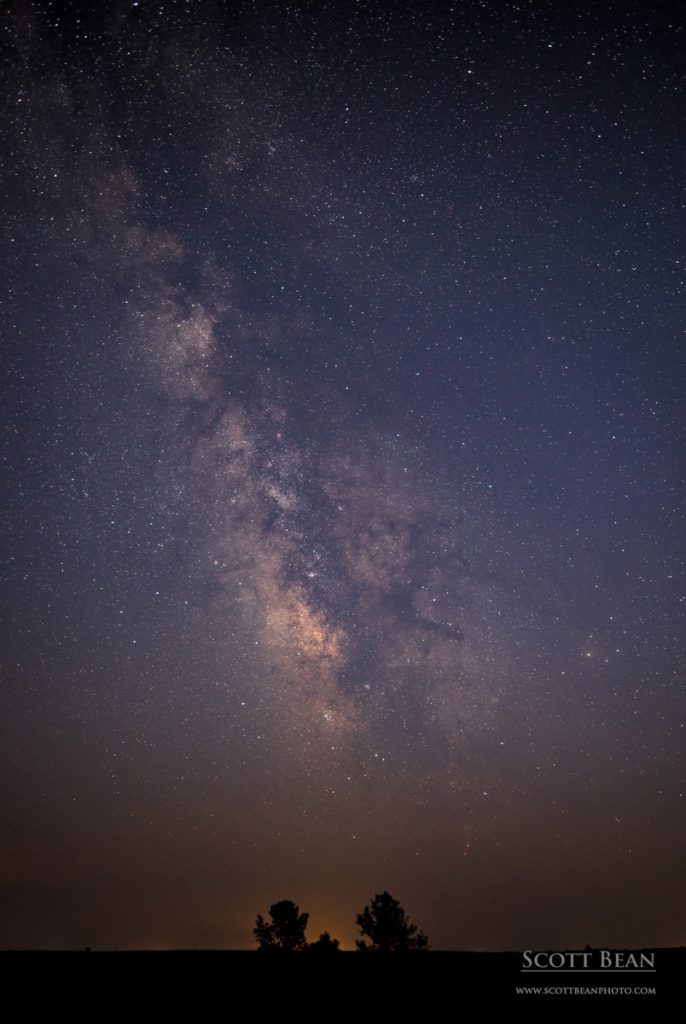 I had about exhausted the window of being able to shoot at night without the moon up when I made this last photo. I had about an hour or so from sunset until the moon came up so this photo was made a bit earlier than I would normally go out.  I was evaluating a new lens for night shooting (a 24mm f1.4) and I had to make the most of the time I had with the lens. For this photo I was back out in Wabaunsee County shooting away from Manhattan. I liked the position of the trees under the Milky Way in this photo…I thought that gave a nice perspective to the scene and is a good visual depiction of why I like to spend time out under the stars. It is pretty awe-inspiring to think about how much ‘stuff’ is out there in the night sky. New planets outside our galaxy are constantly being discovered and the number of galaxies in deep sky photos of the universe are mind blowing. If you consider the age of the universe, possibly around 14 billion years old, along with how incredibly vast and full the universe is, you quickly realize how insignificant we are. I mean that in a good way…life really is short, and most of the things we worry about aren’t that important. Take a look at this short article on the benefits of feeling insignificant and if you need a sense of awe and being part of something bigger, head outside at night and look up. 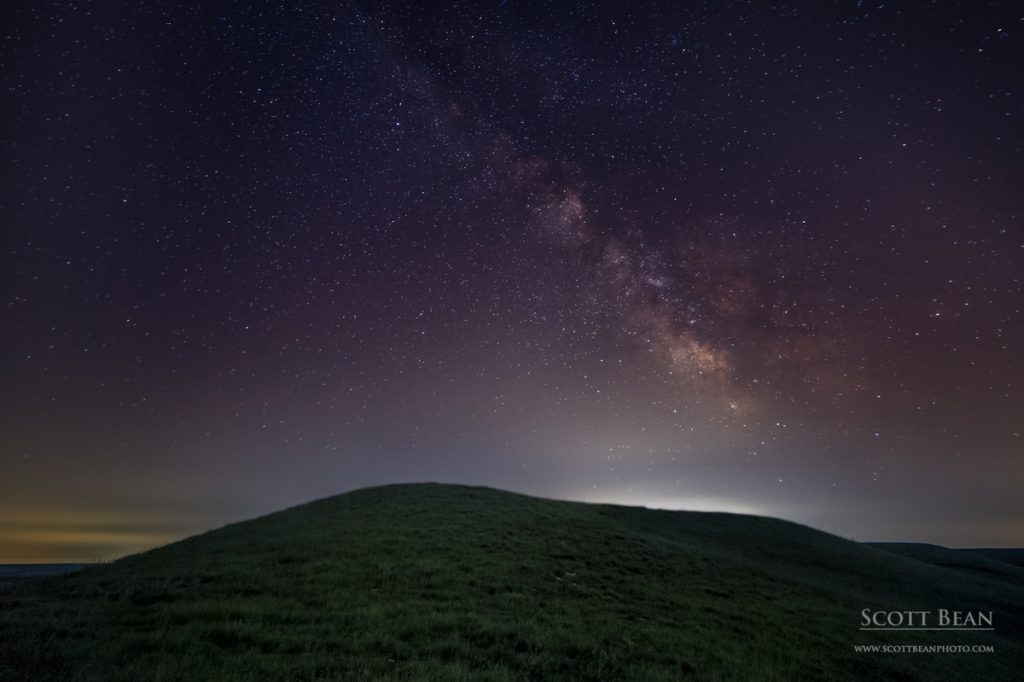 Night In the Flint Hills

Category: From the FieldBy ScottSeptember 9, 2015