Yesterday I met fellow photographer and friend Jeff Heidel in Alma to do some exploring and make some photos.  It was a strange day in terms of light with the light changing rapidly from almost completely sunny to almost completely overcast and back again in short order.  People often joke about Kansas and say if you don’t like the weather, just wait 5 minutes and it will change. Yesterday that seemed to apply to the light as well. 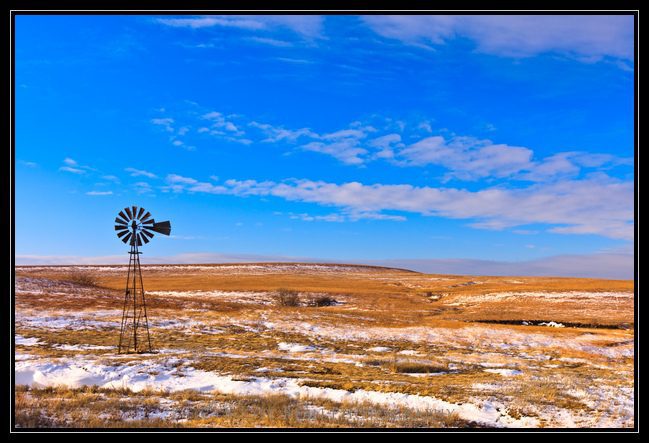 Windmill on the Prairie

This first photograph was made early in the evening during one of the time windows when the sun was shining.  We had stopped at a spot not far from Skyline Drive with a windmill on each side of the road. 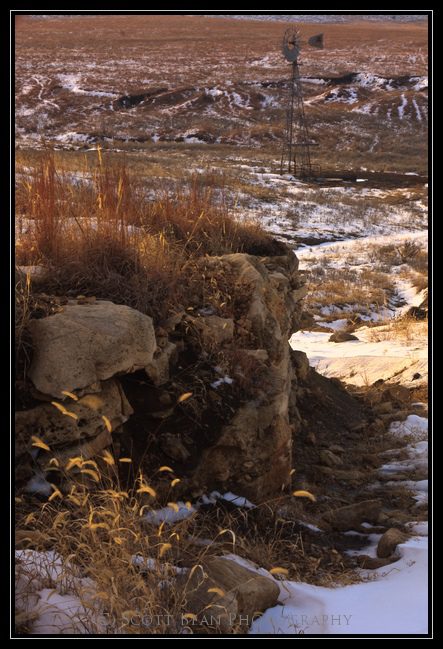 Windmill on the other side of the road

This next photograph was one I made of the windmill on the other side of the road.  I tried to get a photograph of the sun shining around the vane (and through the bullet holes in it!), but the sun was just too bright to get anything that I was happy with. I had given up with getting a photograph of this windmill until I noticed this scene as I walked back to my car. I liked the way the sunlight (which was quickly being eaten up by a cloud bank) lit up the grass in the foreground.  The windmill in this photograph isn’t really the subject (to me anyway), but made a nice backdrop for the grass in the foreground. 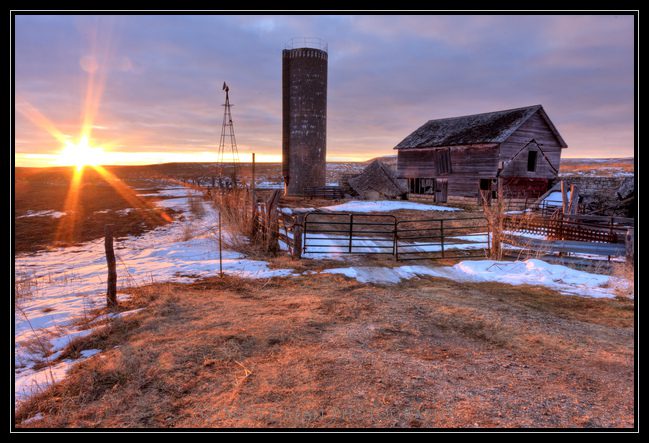 For the rest of the drive from Alma back to Manhattan, the sun stayed hidden behind some clouds and there just weren’t any good photo opportunities, but the drive was nice…any time driving through the Flint Hills is time well spent.  Once we got almost back to Manhattan the sun popped out below the clouds so we hurried up to this old barn to catch the sunset before it was gone.  I drive past this old barn all the time and I’ve only stopped to photograph it twice I think.  I’m glad we were able to be at this spot for the sunset. 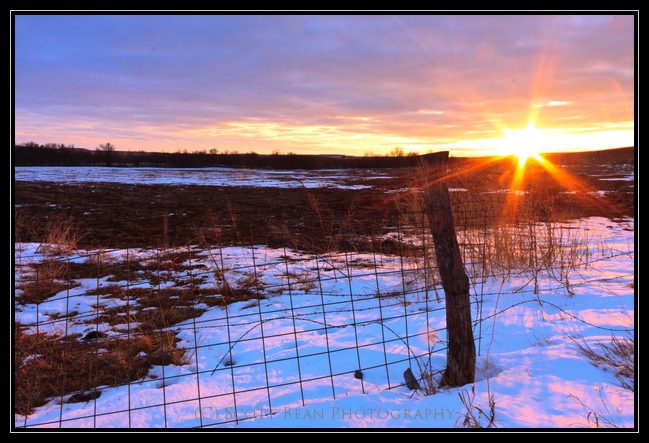 I really liked the way the sun was looking in the photographs I had made of the barn so I decided to try some with the fence in the foreground. This was probably my favorite of the day.  I was able to stop my lens down to f29 for these shots, which really made a strong ‘starburst’ effect with the sun. 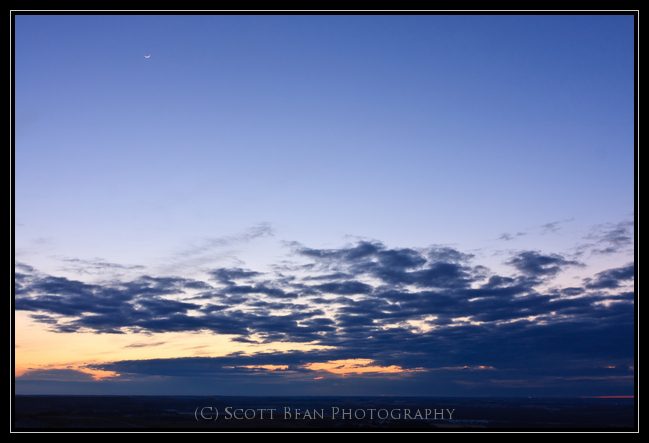 After leaving the barn we tried to make it to the Konza overlook on 177 for the last of the sunset and got there just in time to see the sun disappear behind the hills with the slim crescent moon visible up above the clouds that had been playing hide and seek with the sun all evening.

Don’t give up on the light if it isn’t working for you, you never know when it might change. And if it doesn’t? You are still out making photographs right? How bad can that be!

Category: From the FieldBy ScottFebruary 6, 2011
Go to Top
We use cookies to ensure that we give you the best experience on our website. If you continue to use this site we will assume that you are happy with it.AcceptPrivacy Policy