An Afternoon at Big Basin 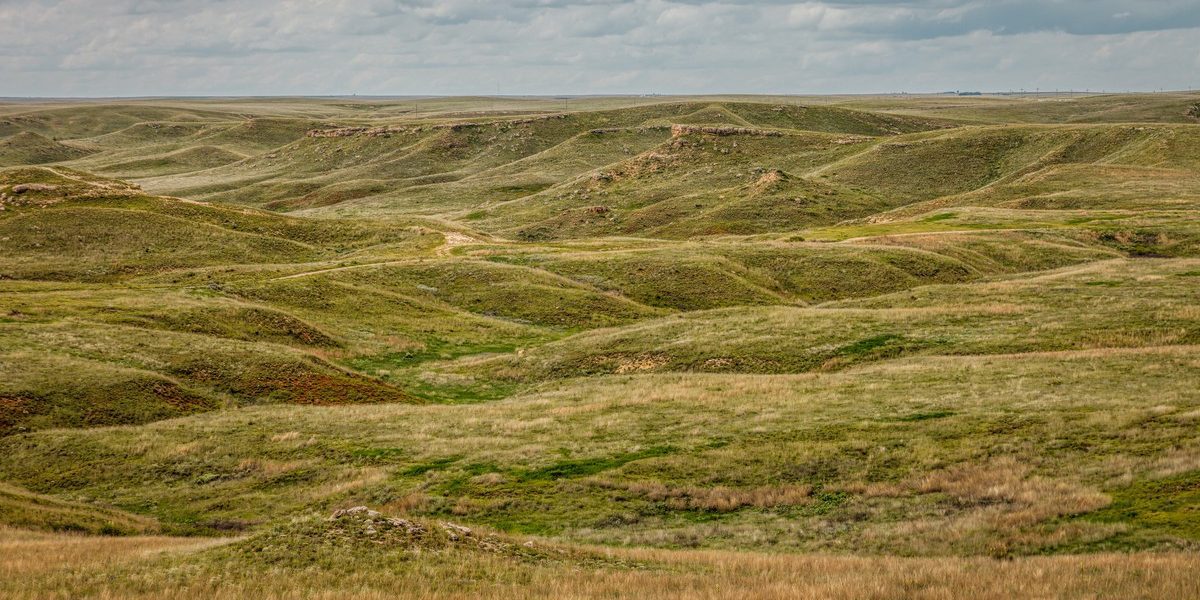 I’ve been making regular photo trips down to Barber, Comanche, and Clark counties in Kansas the past several years. This part of Kansas has some great landscapes in the Gyp Hills (sometimes called the Red Hills) and the Big Basin area. This part of Kansas also has special interest to me because this where my Bean ancestors finally settled down in Kansas – Charles and Nancy Bean homestead in Comanche County in 1885, just east of where Coldwater is today.

All my past trips to this part of Kansas have been in the Fall and I’ve been very lucky to arrive there in time for beautiful displays of autumn color. This year, though, I wanted to visit in the spring or early summer and experience the area in a different season. 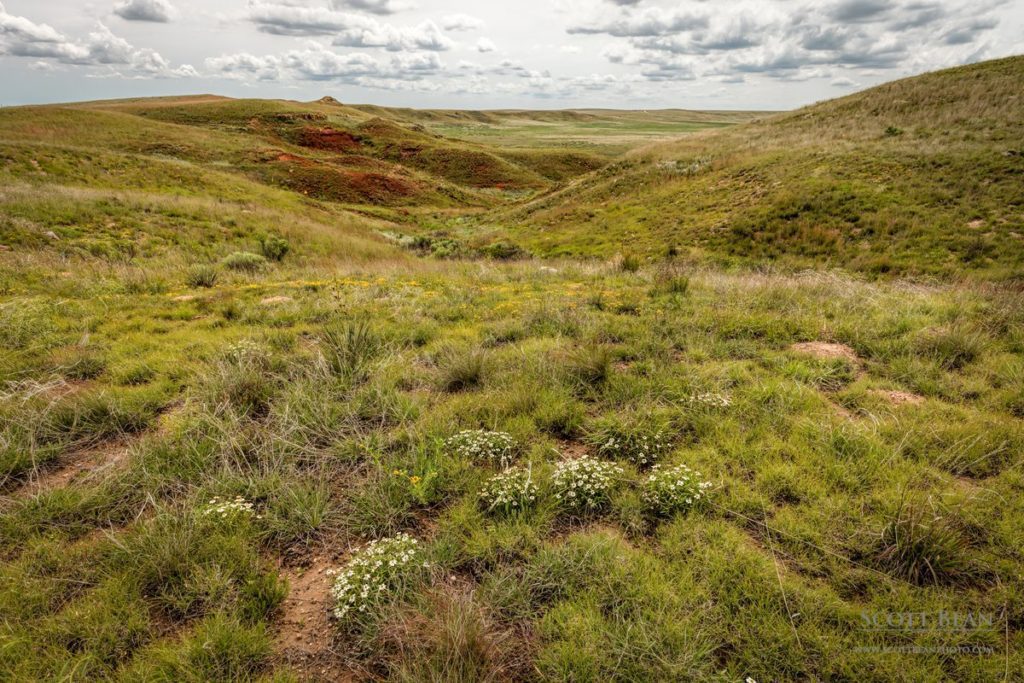 Big Basin Afternoon (Click on any of photos to enlarge)

I met friend and fellow photographer Michael Marish (http://www.zoophotography.net/) in Medicine Lodge and we headed out to spend the afternoon photographing Big Basin. Big Basin is an interesting area that I’ve only had the opportunity to photograph a few times, including last fall. With the unusually heavy rainfall across Kansas this spring, the area was nice and green and the wildflowers were doing well. I love the topography of the Big Basin area, the draws and hills form very interesting patterns to photograph. 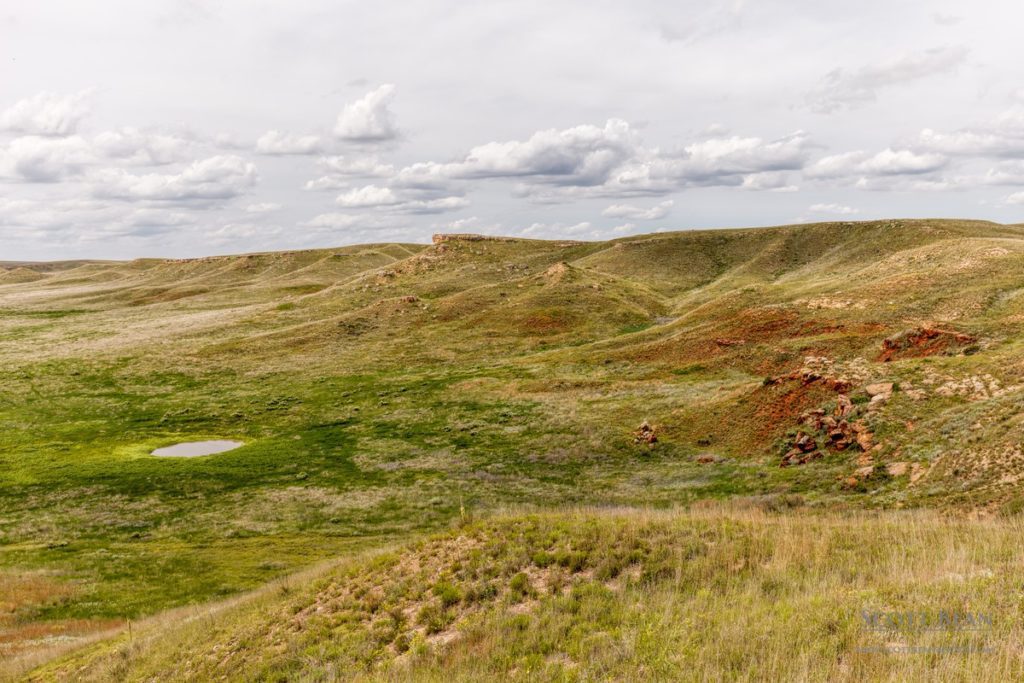 The rock formations and hills in the area also make for some nice subjects to photograph. I liked the various colors in the photo above. The green vegetation made the red rock and soil standout nicely. This area has supposedly been used by humans across several centuries.  It made me wonder how many people from different time periods have stood at this spot and looked out across the landscape. Mike and I were both shooting some timelapse footage at this spot and it was fun to wander around while the timelapse footage was shooting (I need to get to processing mine!). 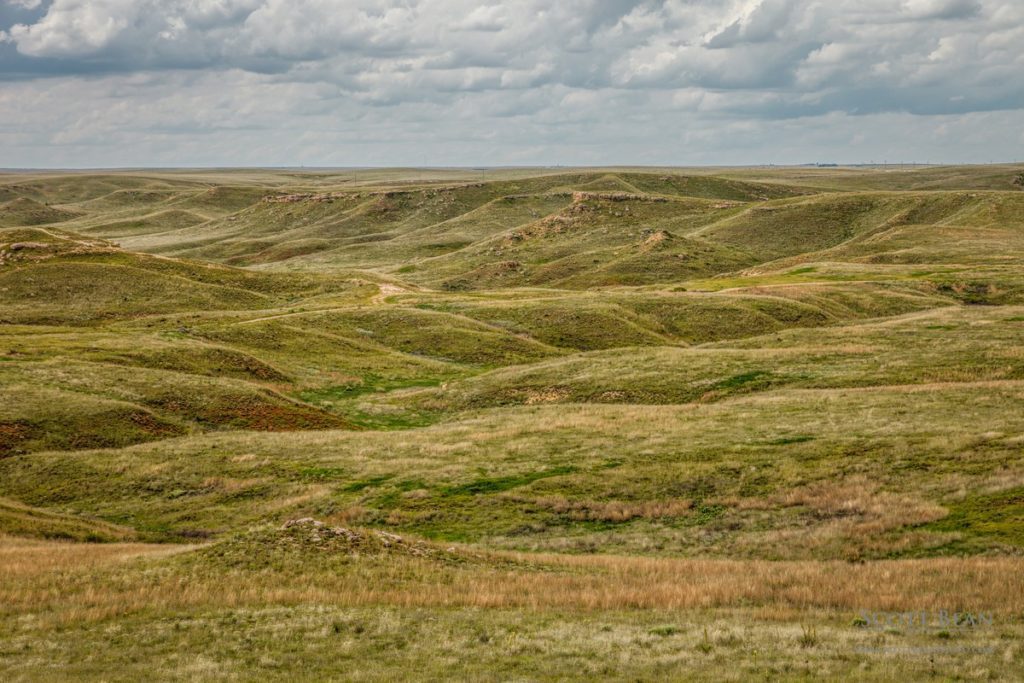 Mike and I photographed our way across Big Basin and eventually ended up on the highest hill in the area. Again we set up to shoot some timelapse footage and while I had one camera firing away on the timelapse I wandered around and photographed some of the views of the landscapes. I really love the texture and patterns formed by the draws and hills in the view above. I like thinking about all the forces and processes that went into shaping and sculpting the landscape. It is interesting to me that all these natural processes just occur and happen to produce scenes of beauty. That just reinforces to me that humanity needs to keep its connection to the natural world alive and healthy. There is more to life than just being on the earth, we need to be a part of it. 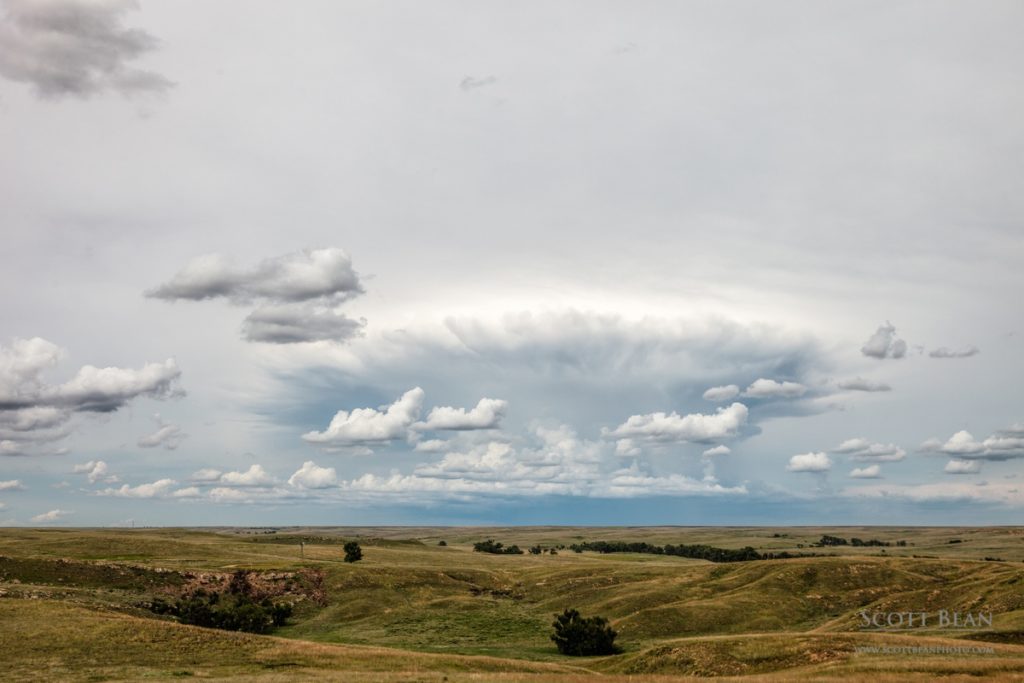 While we were on the highpoint of Big Basin, a couple of storm systems developed. The photograph above shows a storm developing near Greensburg, Kansas.

Another storm system was developing in the area of Liberal, Kansas. The panoramic photograph above shows the storm system around Liberal on the left and the one around Greensburg on the right. Panos never show up well online, but it is fun to zoom in and move around in this pano and watch the road across Big Basin move in and out of the hills and draws. 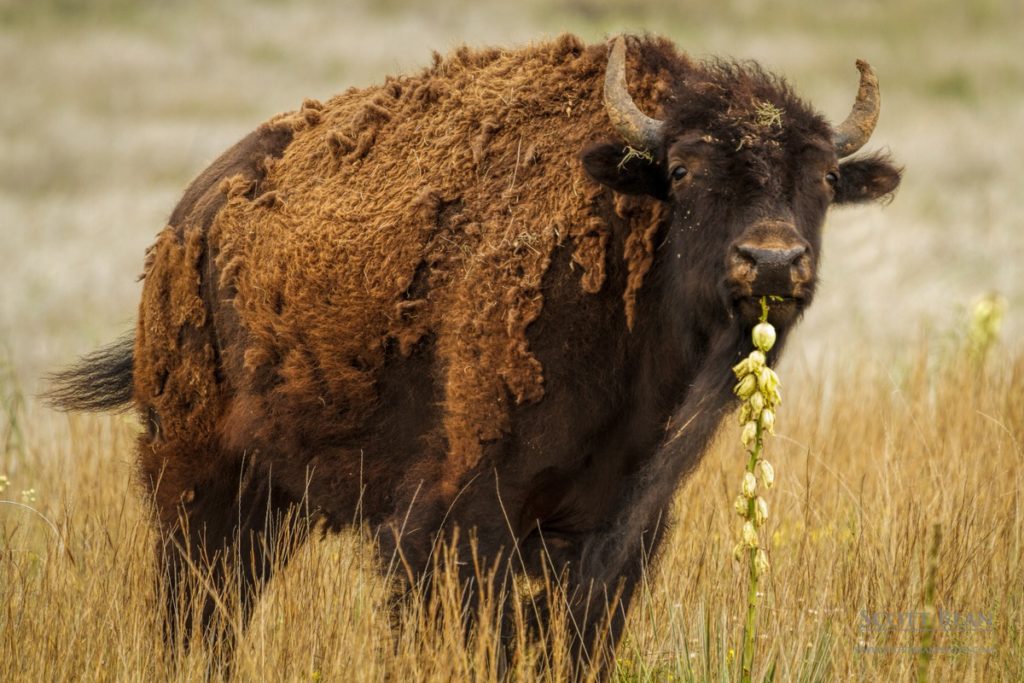 As were wrapping up our shooting at Big Basin, part of the Bison herd there made an appearance. Mike noticed that the bison were eating the blooms off the yucca plants and we both started trying to get some photos of this behavior. The bison obliged nicely by moving closer to us, and then closer, and then closer… We were both shooting from the vehicle and when the bison got too close we drove off. Bison are deceptively fast (and I’m decidedly not fast) so no reason to be messing around with them.

After leaving Big Basin, we headed back to Medicine Lodge for sunset and were treated to some great light…more on that in my next post.

In the mean time, please stop by my galleries of Kansas Landscapes and the Flint Hills and see some of my work and visual stories I’ve tried to tell from other parts of the state.